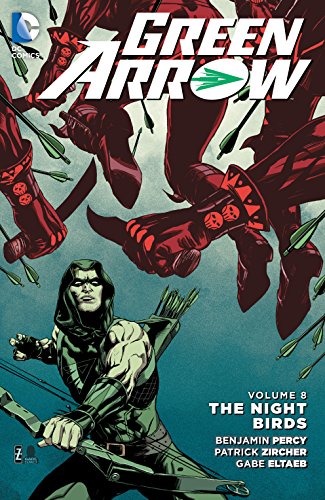 Ever given that he took up the bow as eco-friendly Arrow, Oliver Queen has fought to maintain the streets of Seattle secure from the criminals who threaten its voters. yet now he unearths himself face-to-face with a fair deadlier category of predators.

A vicious killer, white and chilly because the moon, fuels the fires of racial hatred within the urban. a military of drones glides in the course of the evening sky, taking out all who oppose it. A demise cult reaches around the border to wrap its bony hands round one million throats.

Green Arrow might now not be Seattle's alpha predator, yet he doesn't hunt this unspeakable evil on my own. The Emerald Archer has many allies who struggle at his aspect, from his half-sister Emiko to Tarantula, a perilous vigilante from a far off urban, to his unswerving puppy wolf. And if he's to outlive the arriving darkness, he will desire them all...

Jack Frost seeks to kill a dragon, unaware that it’s his personal father. Jack Frost has simply set upon the best quest in a protracted and exotic profession of serious quests: To kill a dragon. after all, he isn't acutely aware that the dragon in query is in truth his personal father. in the meantime, the web page Sisters discover a new goal in lifestyles: restoring the good Library.

Mega-City one: the long run city bustling with existence and each crime that you can think of. holding order are the Judges, a stern police strength performing as judges, juries and executioners. hardest of all is pass judgement on Dredd. From encountering one other 2000 advert legend – Rogue trooper - to Dredd’s shame and arrest, this can be one other slab of destiny legislations enforcement!

A FRONTIER city within the ASS-END OF NOWHERE ON A FRONTIER PLANET within the ASS-END OF THE GALAXY: Welcome to Badrock, the place the synthol flows freely, fights get away day-by-day and scavengers bicker over items ofscrap present in the war-scarred badlands. great thing they've got a brand new Colonial Marshall, no-nonsense Metta Lawless, to maintain the peace!